Me and the Bloke celebrated new years eve by visiting Lotus a vegetarian restaurant in Withington which is often overlooked due to it’s location. We love it there, the food (which includes the most amazing mock meats) is superb. Then we came home and watched The X Files and Grimm and enjoyed an awesome firework display by a neighbouring family from the comfort of our sofa! 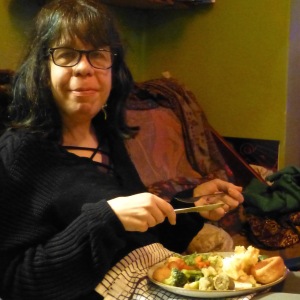 You know those thrifty programmes where they tell you to look in your parents or grandparents loft (attic) where you will almost certainly find hidden treasure? Well not exactly anything of value but I did find this vintage rucksack which would be perfect for festivals. Weirdly, no one has a clue how it got there!? 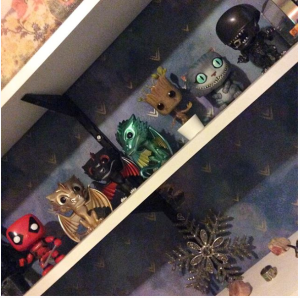 I’ve added to my collection of the weirder kind of Funko Pops and bought Deadpool, The Cheshire Cat and Alien. As you can see Deadpool is the only person looking figure in my little collection.

I love it when it gets all foggy at night and makes everything under the street lights look all eery.

I was emailed by vegetarian restaurant 1847 offering 50% off, yup half price! So obviously wanting too support Manchester veggie eateries we thought it rude not to book a table. 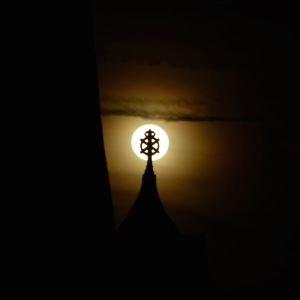 I’ve discovered an online shop called EMP which apart from stocking some amazing rock chick apparel also do Funko Pop! and other random cool stuff. I’ve been in need of a mug for ages so bought this kawaii version of Deadpool.

12 thoughts on “My Lifestyle Lately – January”