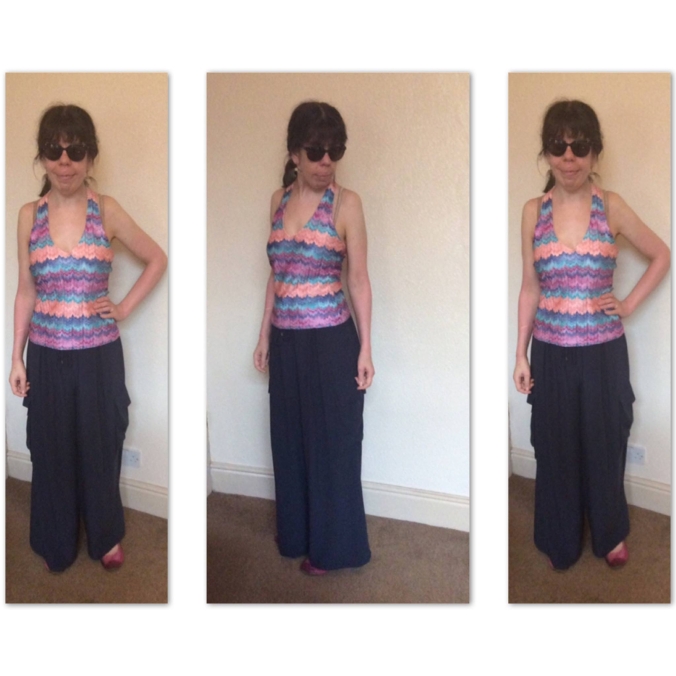 Style Tip: To stop the ends of a wavy or frizzy pony tail from spreading out wildly, cover it with a wide home made hair bobble. Cut a strip off old laddered black tights at their narrowest part, then roll the strip until there’s no raw edge, then wrap it around your ponytail several times to create a deeper hair bobble. This will make your pony tail narrower at the base to stop it spreading out so it’s nice and sleek. It has the same effect as those plastic cones from the 80’s but looks a lot less noticeable!