I think the reason me and the bloke haven’t gone on more city breaks for long weekends is that living in Manchester can sometimes feel like a city break in itself.  It has a vibrant city centre including shops, bars, restaurants and unusual fun things to do, axe throwing, climbing, trampolining, mini golf with cocktails, Crystal Maze and Escape Rooms anyone? It has little mini town centre’s like Chrolton, Didsbury, Fallowfield and Denton with high street clothes shops, quality charity shops and independent cafe’s. For a city it also has surprisingly large parks like Alexandra, Debdale and Heaton park.

It was my birthday recently so we went to V Revolution again. Is it possible to get tired of yellow stretchy cheese, too many sauces at once and fried/pickled things? Probably not. 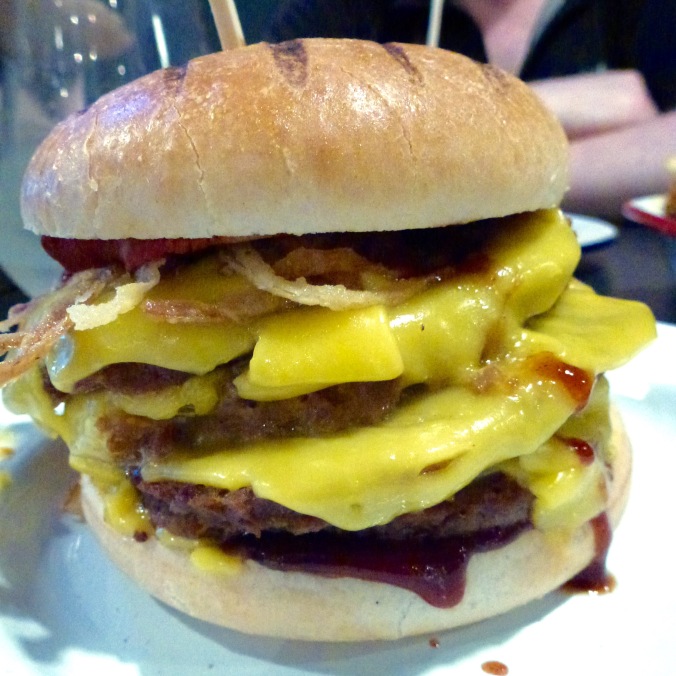 If you ignore my double chin, I swear this burger was as big as my head. The Bloke commented ‘It’s a shame that your jaw isn’t hyper-mobile as well’ with a wink. I tried my first ever Long Island Iced T and was a little disappointed it didn’t taste anything like traditional iced tea but I did like the watery raspberry flavour. It would certainly do the trick on an empty stomach, even if you did eat a literal tower of food afterward. 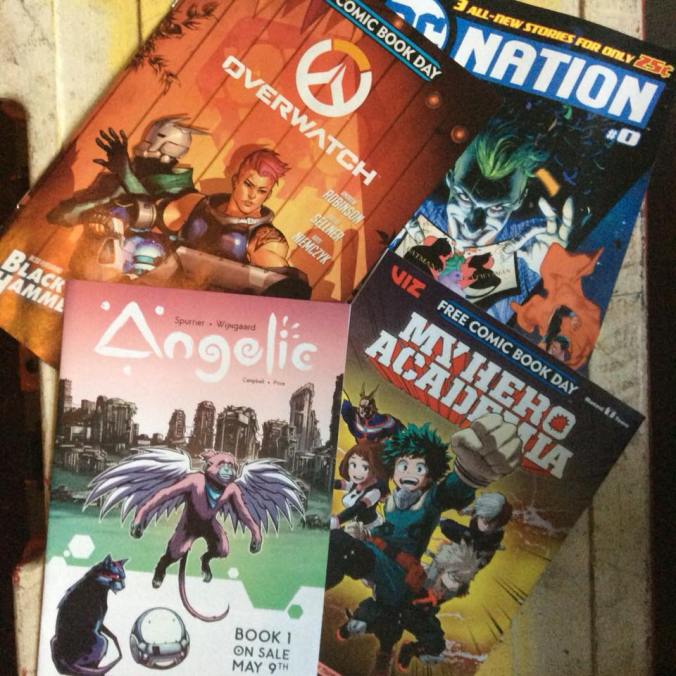 I nipped in Forbidden Planet and the ever-friendly Travelling Man to pick up some comics thanks to Free Comicbook Day. I chose these four as I thought they were all pretty individual and something I might want to check out further. 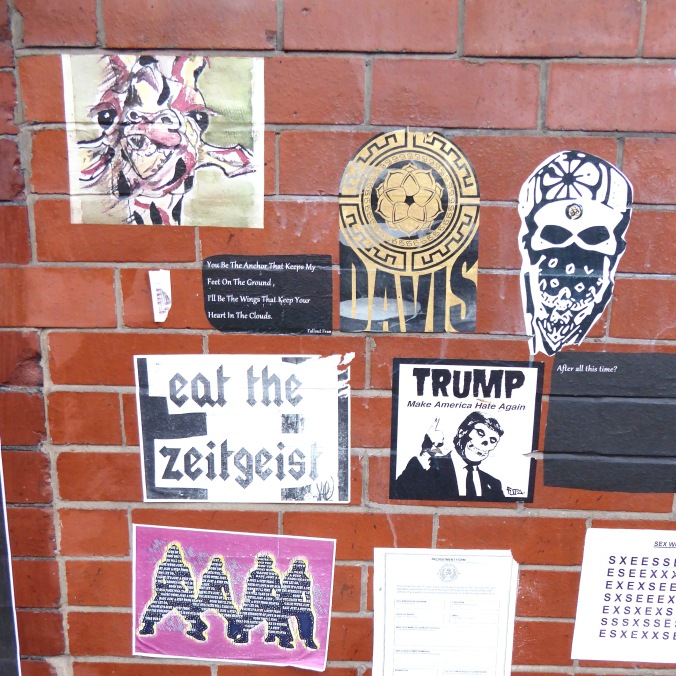 I could have spent hours documenting the cute and sometimes thought provoking, wheat-paste art that was on every lamp post and bollard. But you know when you’d rather enjoy the feel of a place, rather than obsessively recording it?

I decided to try some new things and the lady who works at McCall’s Organics is so friendly and knowledgable about everything, you don’t feel silly asking for ‘kefoocha?’ and ‘Kimishi?’ 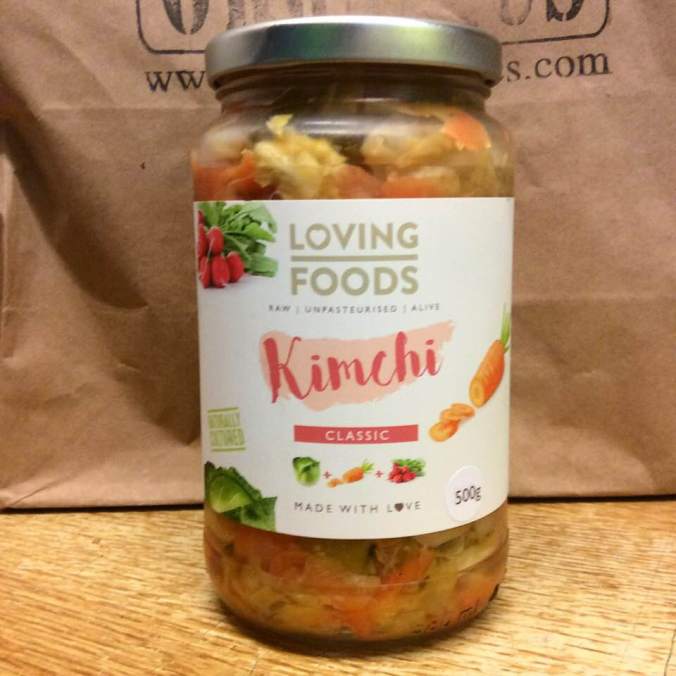 I bought Kingfisher Aloe Toothpaste as my teeth are getting more sensitive. My gut is also on the sensitive (read big giant diva) side so I got the above drinks and kimchi which have live cultures that help digestion. 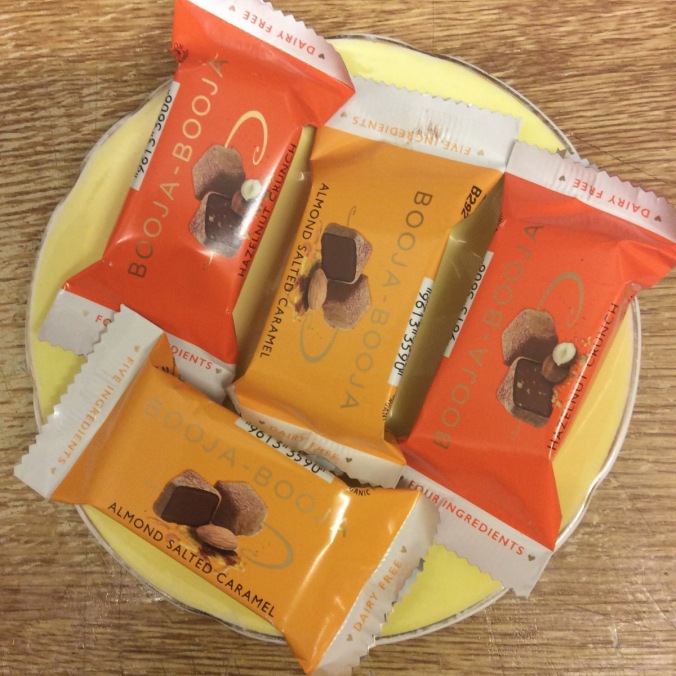 As the queues for gelato were astounding, I decided to treat myself to these dairy free dreams that McCall’s keep in their fridge.

2 thoughts on “An Afternoon in Manchester’s Northern Quarter”