I care a lot about environment because the planet is my home and also home to so many other people, plants and creatures who depend on it functioning properly. I’m doing my best to support companies committed to reducing waste packaging or using recycled/recyclable packaging so I was looking forward to trying Slap Stick £16.95, 30g from LUSH. It’s a solid foundation egg, flat on one side and coated in wax (so you have some part to hold), which lives in a little cardboard box…

…That was until I opened it and it already looked a mess and then when I tried to lower it back into it’s box, I covered the sides in foundation and when I tried to close the lid it skimmed some foundation off the top of the stick! I get that LUSH are trying to reduce packaging but to reduce it to the size that it doesn’t actually fit the product? Ah – no. 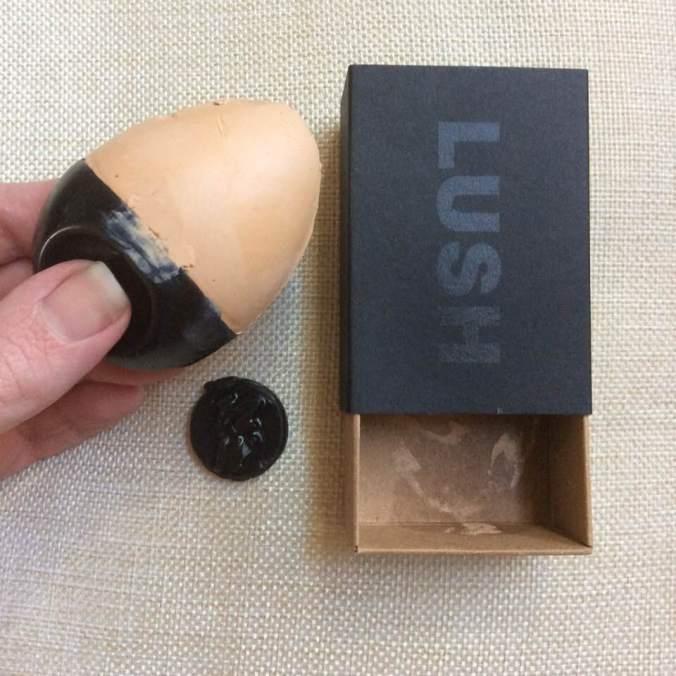 The second thing that really attracted me to this product was the range has 40 shades, including warm, neutral and cool undertones and yellow/golden tones in general. The website matches the staff from LUSH to the shades in videos and there is a handy comparison photo showing three peoples arms sampling the whole range. I think I have pale-medium skin with warm (yellow) undertones as my veins look purple and teal; not blue or green as is the most common way you are supposed to be able tell. So I chose 12W. 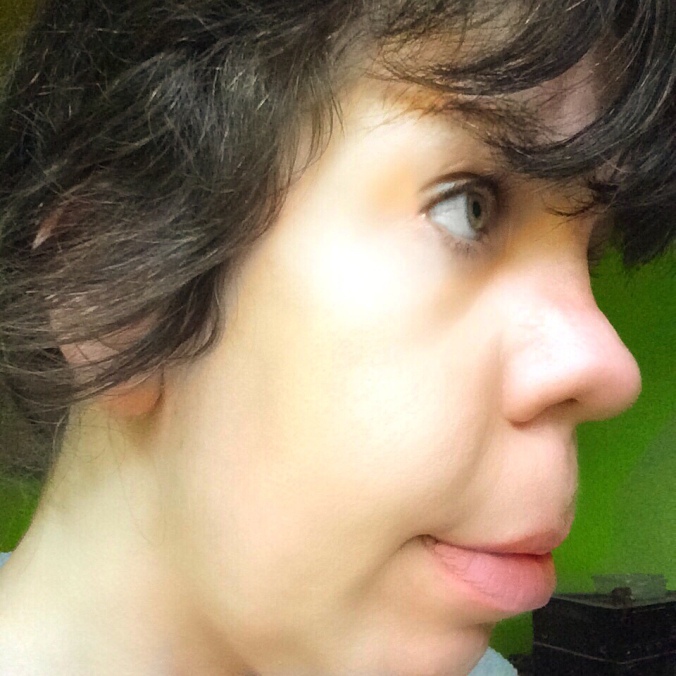 The line in-between the shadow on my face near my ear and the glow of light on the front of my cheek, is where I’ve left the foundation unblended. Perfect match! Even though the stick looks too dark, the colour is surprisingly sheer but the coverage is still medium.

Slap Stick contains a massive 45% coconut oil as well as Jojoba oil so it moisturises skin. I know that some people do tend to break out with coconut oils because of allergies so I’m a little surprised they chose this ingredient but fortunately my dry skin absolutely loves it!

The texture is like a cream to powder compact and the only way I was able to spread it was to apply, leave for a few minutes and then spread with the warmth of my fingers. It stayed put all day though and covered any redness I had.