My feet are the softest, most un-resilient feet that you can imagine so I’ve always worn soft leather shoes….or Docs, not quite sure why those are so comfy!? But I’ve had enough of buying leather shoes and vegan Docs are really expensive! 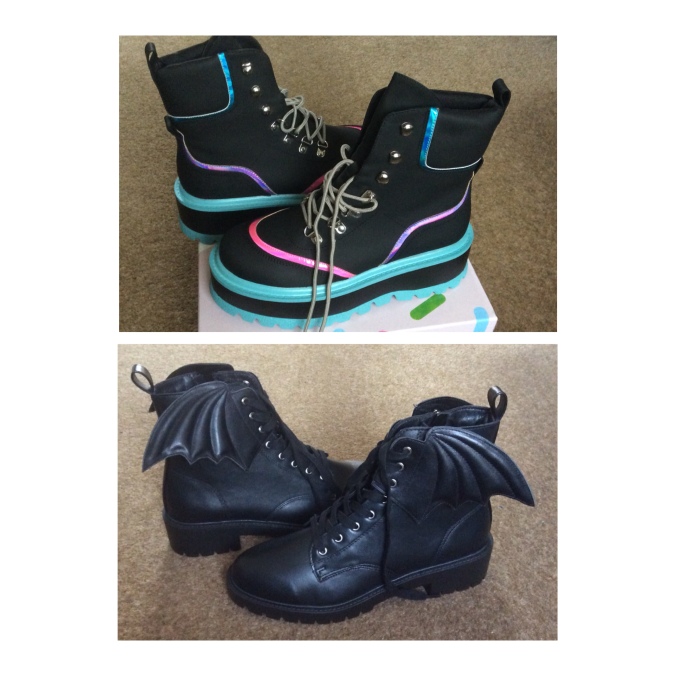 This is when I came across Koi vegan shoes. They’ve a reasonably priced brand that always have loads of sales on. These are obviously vegan with the black PVC fabric being very matte and thick. They are a lot lighter than chunky soled shoes and boots I had in the 90’s. Think hip-hop and goth street-wear, not Spice Girls, ha! 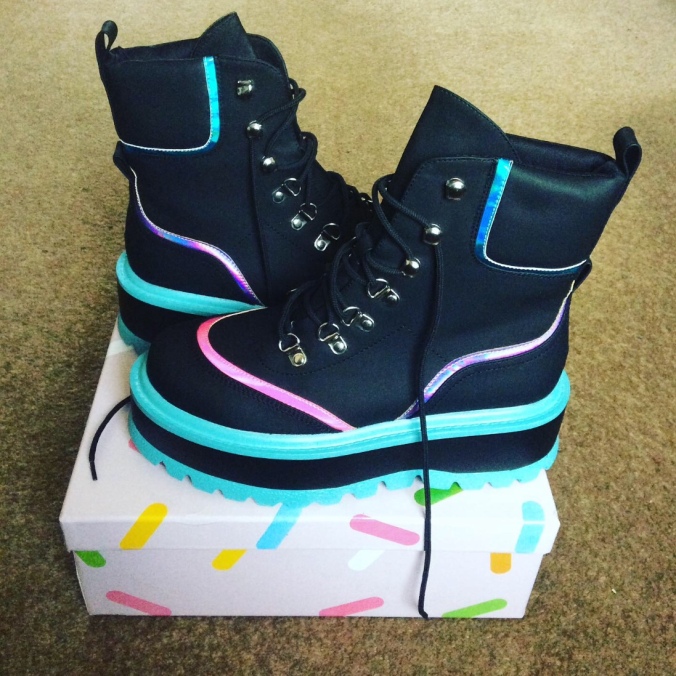 I’ve bought footwear from New Look since I was a teen, as they are always so comfy and affordable. So much of their footwear is now vegan too, like the boots below. You’d never know that the New Look boots are vegan as they have a slightly shiny leather-look finish. These also feel lighter than you’d expect.

I bought the batwings from Koi as soon as I saw them and then got the black boots from New Look a few weeks later. I bought boots to go with my wings! Nah, I’m joking, I’d been wanting plain black ankle boots for years, after I wore my old one’s to destruction.

The wings I attached (from Koi) have exactly the same finish as the boots (hurray!) and are padded for a quality look. I’ve been able to bend them around the boot slightly so I can walk in them properly. 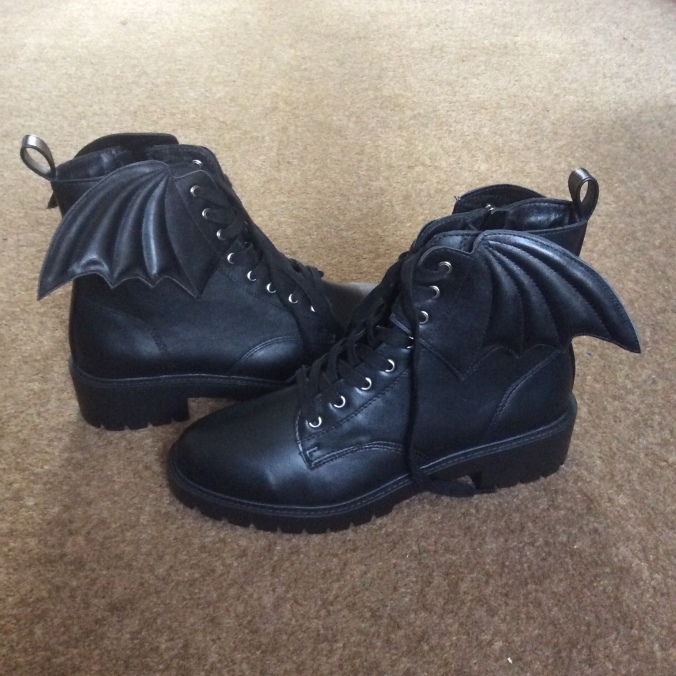 I know having pale grey laces with hiking-style-boots is a trend that’s trickled down from the catwalks but I hate it. I replaced the grey laces with black ones from a pair of the Bloke’s old army boots.

I squashed the lace hooks closed with some pliers so they wouldn’t catch on the laces of the other boot and send me flying. Much betta!

I was impressed with the Koi packaging as each shoe came in a protective bag and the box had a hole and lots of silica packets to keep the shoes dry and aerated. The New Look shoes just came in a plastic bag, which I thought were a bit shite really.

I love both of my boots and the wings so much!

11 thoughts on “Trying Vegan Shoes from Koi and New Look”