I can’t believe I’ve managed to stick with something for five years!

I’m a proud Pastafarian and strongly believe in the Flying Spaghetti Monster (FSM). I show my loyalty and faith by regularly sucking on his noodley appendage.

He could simply feel relieved. He may be surprised he’s forgotten something simple. Or maybe he’s surprised at how much he feels relieved ;0)

The Bloke was in desperate need of a vacuum cleaner after I inadvertently killed the last one years ago, so the his first thought was to check out Appliances Online. He managed to find the vac he’d been researching earlier that was sold out everywhere else. Hurray! He placed the order without any trouble what so ever and was impressed with the super fast delivery time. AO was set up to bring items straight from the manufacturer to your door asap, without adding on an over inflated mark-up and a mystifying delivery time.

I agreed to be around to accept the delivery as The Bloke had to be else where. I opened the door to see the delivery guy from the couriers DPD drop the vac from a height of around two metres straight onto the floor! He looked me straight in the eye then laughed as he was telling me “Oh, it’s not broken.” Ahahaa, yes so funny. I said “It better not be or AO will know why we’re sending it straight back.” I signed for it as a) I didn’t want it being sent to some random delivery office miles away. b) It wasn’t mine to decline really and c) I wanted The Bloke to have the visibly damaged package to return.

The vacuum cleaner didn’t look broken and it did work but I wasn’t about to bet how long for. I also noticed the box had it’s handle ripped out like it had been dragged from under a heavy stack of items and there was a big random hole in one side as if someone had kicked it really hard!

We phoned Appliances Online and spoke to a customer care guy who sounded shocked rather than amused and apologised profusely, offering an immediate replacement within a few days.

The replacement vac was delivered by Expert Logistics who seemed friendly. Before signing for the item The Bloke turned it around and noticed that the side which had been turned away from him was a total mess. The whole of the vertical edge (18 inches) was pushed in by two inches which must of took so much force. “Seriously? You’re expecting me to accept this!” to which the delivery guy replied “I’ve delivered worse to be honest.” Oh, that’s ok then -__- Delivery guy then went on to explain that often smaller objects are in the van with much bigger objects “like freezers”. The Bloke sent it straight back.

The same day The Bloke cancelled his order with AO and bought the same vac from John Lewis, which arrived quickly and in perfect condition.

Everything I have written in this post is completely true and accurate including all quotations. I have given a true and honest account without any elaboration.

Since I’ve gotten out of my twenties I don’t much like the idea of new years resolutions as a) I’m just such a rebel and b) Why start the year by putting pressure on your self and possibly setting yourself up for a self-induced guilt trip a few months later? I’m not religious but I know the universe throws some welcome surprises and wonderful coincidences at us. Wether that is the work of serendipity, a trick of fate or the work of an optimistic faerie, I’m wishing on it.

My friends, family and myself stay in good health apart from the odd sniffle, which is probably to be expected, realistically.

My friends, family and myself are happy with our lot and try to make other people feel appreciated.

That I will win the lottery – well it’s worth a try and if it was a large amount I’ll be giving quite a bit to a small local charities anyway.

That I get to see my favourite actors in some awesome scifi, fantasy and superhero films, oh and some epic historical drama’s featuring swords of course.

My blogging goes well and I meet more lovely bloggers and continue to collaborate with many more ethical and interesting brands.

That people have more awareness about the dangers to our environment and endangered species and act on this knowledge, even if it’s in a small way everyday.

That at least once a month, I’ll remember to show compassion to a stranger wether that’s a mum struggling with a buggy or a homeless person needing some gloves.

Bob’s Burgers will run for many more series.

Someone will invent a larger that tastes like Sailor Jerry’s but it doesn’t make me ridiculously emotional  like too many shots of dark rum does.

That by some miracle my living situation allows me to have a little bunny or kitty, puppy or er, lizard.

That you all have a fantastic 2015 full of everything you’e been wishing for! 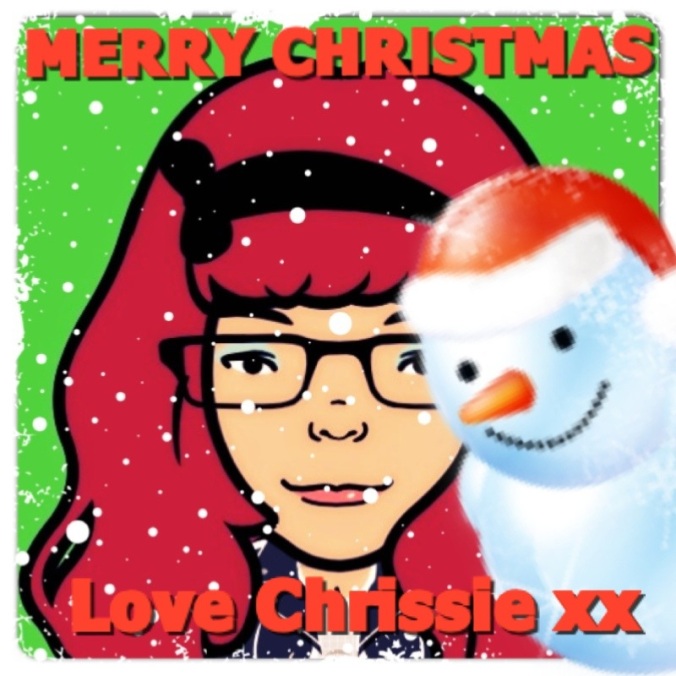 I’ve watched pretty much every contemporary Dracula film out there and I was really impressed with this one. The plot revolves around Vlad The Impaler and the dark route he chooses to desperately protect his people and loved ones against the invading Turks. The film contains a lot of action but also quieter scenes full of tension which add balance. Although there are many fantasy elements the CGI supports rather than swamps the story.

Guardians of the Galaxy

A bunch of outcasts band together to save the galaxy, including the wonderfully engaging characters of Groot, a tree like being and Rocket, a man who’s had his brain transplanted (unwillingly, obviously) into a racoon. Stay with me here, this really is a fantastic film full of action and loose-attention-for-a-sec-and-you’ll-miss-them witty one liners. The film doesn’t take much time to establish the characters back stories apart from a few scenes and expositional dialogue but that does help to keep up the fast pacing and leaves room for many sequels of course.

An origin story about how the ‘evil queen’ of ‘sleeping beauty’ gets so bitter she puts a curse on the kings daughter. You will fall in love with Maleficent, you will hate the double crossing king and you will think his daughter is sweet but really naive. The wings are a character in their own right. A beautifully realised fairytail that is as enchanting as it is twisted.

A rom-com from three dudes perspectives. It’s a bro-bonding-rom-com I guess. This movie stars Zac Effron but it’s not a typical Zac Effron movie. The laughs, of which there are plenty, come from witty one liners, toilet humour and genuinely funny – rather than overly cringe inducing – awkward moments. This is a great movie to watch with your other half as the women in the film certainly hold their own and the humour stays just on the right side of bad taste. The characters are stereotypes, the player, the serious committed guy and the witty chancer/looser but they do evolve as the film progresses and you can’t help but like them.

This is a weird one – well obviously, a poor blokes girlfriend comes back as a zombie – but what I mean is the film doesn’t know what it’s meant to be. The film starts off as a drama then turns into a rather twisted romance before becoming an all out ridiculous zombie comedy. I honestly liked this mash up because it makes you take the lead character Zach seriously and it established that there is some honest love between he and Beth before she goes all psycho and bittey. Aubrey Plaza plays the role of the zombie with manic mood swings perfectly.

One’s that didn’t make it…

A girl learns that she does not fit in with the very narrow stereotypes society separates people into meaning she is ‘divergent’ and therefore a problem to be dealt with. She teams up with other divergent’s to put an end to the oppression. I really liked the premise of this film as it was fresh and interesting but then I actually got quite apathetic during the middle until i didn’t really care how it ended. Read the book instead.

X-Men Days of Future Past

As with all X-Men films this is a great film if you switch your brain off, otherwise it will just ache trying to make sense of the contrived and nonsensical timelines in the plot. We are going back to how things all started – yet again but this time history will be a little different – yet again!

They had a chance to tell the stories of four characters, the Mum, the estranged Dad, the son and the daughter over a decade of their lives. The Mum ‘makes poor life choices’ and ends up with two drunk abusive husbands when her original husband (who was was a bit of a looser when younger) is actually a really nice person. The son grows up to be a mumbling teenager who can only express his feelings through taking supposedly profound photographs. That’s it! I kid you not. None of the scenes come to any conclusion rendering most of them meaningless. If it wasn’t for Ethan Hawk as the kids Dad I couldn’t have sat through the 60 minutes that I did – I sort of slowly fast forwarded through each scene after that looking for one that was vaguely eventful. Another thing, we aren’t meant to wonder why two very white looking people with fine features have a very cute but very Latino looking daughter!?

For the geek in your life who already seems to have everything…Or just a cheeky treat for yourself after all of those taxing Christmas preparations. 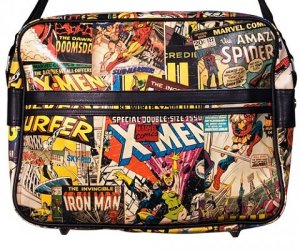 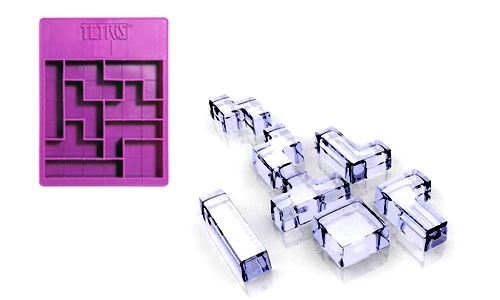 Chilling out today just having a few friends around for a nice catch up and doing a bit of local shopping. The Bloke gave up on using flash when it made me look like an oompa loompa. 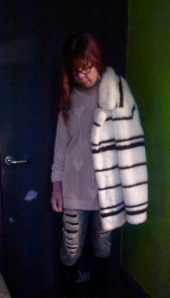 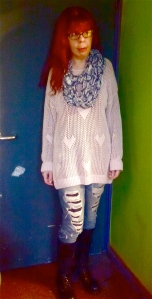