I’d gotten to the point where if I had to colour one more leaf (out of hundreds) I was going to throw my adult colouring book out of the window. Same with flowers. Also, daffodils are very pretty but everyone knows they are yellow, so exactly where is the creativity in that? When I received an email asking me did I want to review Natasha Itzcovitz’s debut The Whimsical Fashion Colouring Book I was really excited for the opportunity to actually be creative again.

For me colouring is relaxing and a creative outlet, even on the days when I have fatigue and brain fog and lack the capacity to draw something myself. It’s a great distraction from any negative thoughts and a good exercise in mindfulness as unlike watching TV, which is incredibly passive, it requires enough concentration to keep you focussed.

Mermaids are so passé, It’s time octomaids get the attention they deserve!

The difference between using marker pens and colouring pencils has been a revelation! You can get so much variation in texture and depth of colour with pencils, which comes in handy when colouring fabric and hair.

With 100 hand drawn illustrations there will be at least a few characters in here you will personally identify with and other styles covering many decades which you can let your imagination loose on.

Another thing I really love about this colouring book is some of the concepts are rather bonkers, which suits me just fine, ha! 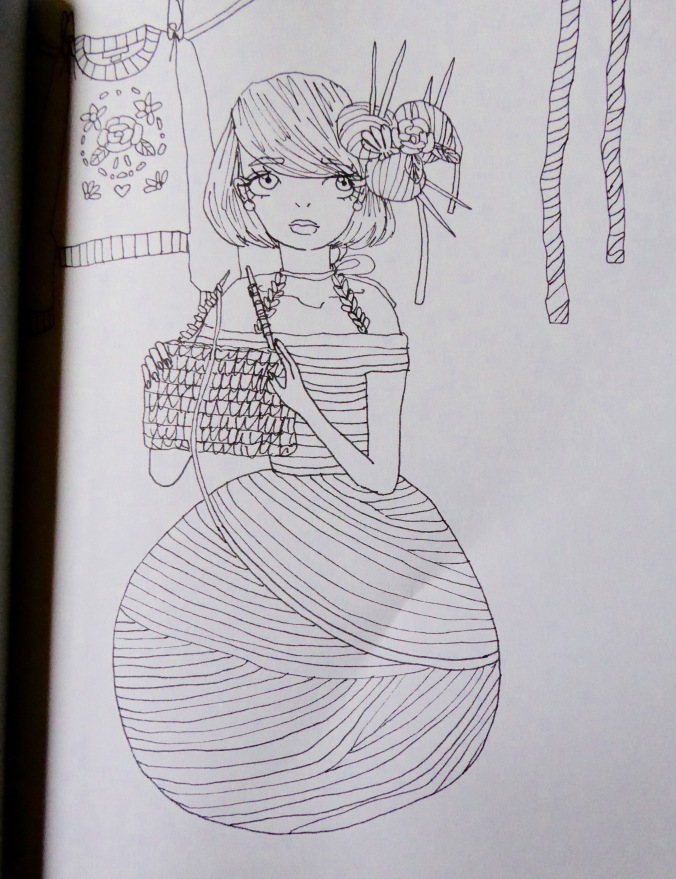 The Whimsical Fashion Colouring Book by Natasha Itscovitz, rrp £8.99 available at WHSmiths and other retailers.